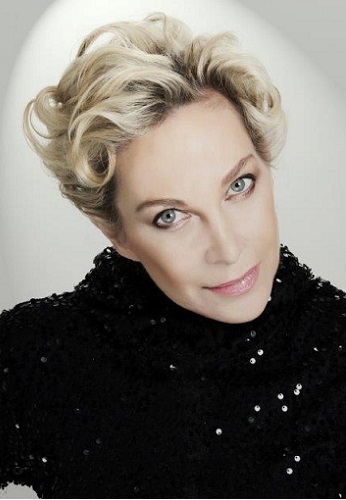 Brümilda van Rensburg is a multiple award-winning TV, film and theatre actress; well-known as Louwna from Egoli. She has over 80 local and international productions to her name. She has been voted most popular actress in SA. She teaches acting at her own drama academy, and she is a professional MC and motivational speaker.

Actress Brümilda van Rensburg is one of South Africa’s best award-winning actors. She is most famous for her portrayal of character Louwna in the TV-series Egoli: Place of Gold, which has been viewed by over 44 million people across Africa. She acted in this series for 18 years. She initially achieved popularity for acting in the original “Wolwedans in die Skemer” and “Ballade vir ‘n Enkeling” TV-series’. Brümilda is a talented theatre and film actress as well; a few of her recent films include: Leading Lady (alongside international film stars Gil Bellows and Katie McGrath), The Power of Three and “Musiek vir die Agtergrond”. Two of her features, Dancing in the Forest and Brutal Glory, have been released at the Cannes Film Festival as well. Her work has earned her many prestigious awards, such as the People’s Choice Most Popular South African Actress award, YOU/Huisgenoot Most Stylish Woman and ATKV Mediaveertjie for Best Actress in a Drama, to name a few.

Apart from her career as an award-winning actress, her talent branches into MC-work, radio and TV presenting, motivational speaking and voice-over work. Off-screen Brumilda runs her own drama training school in Gauteng called Brümilda’s Acting Academy and Agency, where she trains aspiring artists, talent, actors and offers them opportunities in the acting industry. Her academy and agency is a member of PMA (Personal Managers Association (associate member)) and NAMA (National Association of Model Agencies). Brümilda is also a member of the South African Guild of Actors (SAGA).